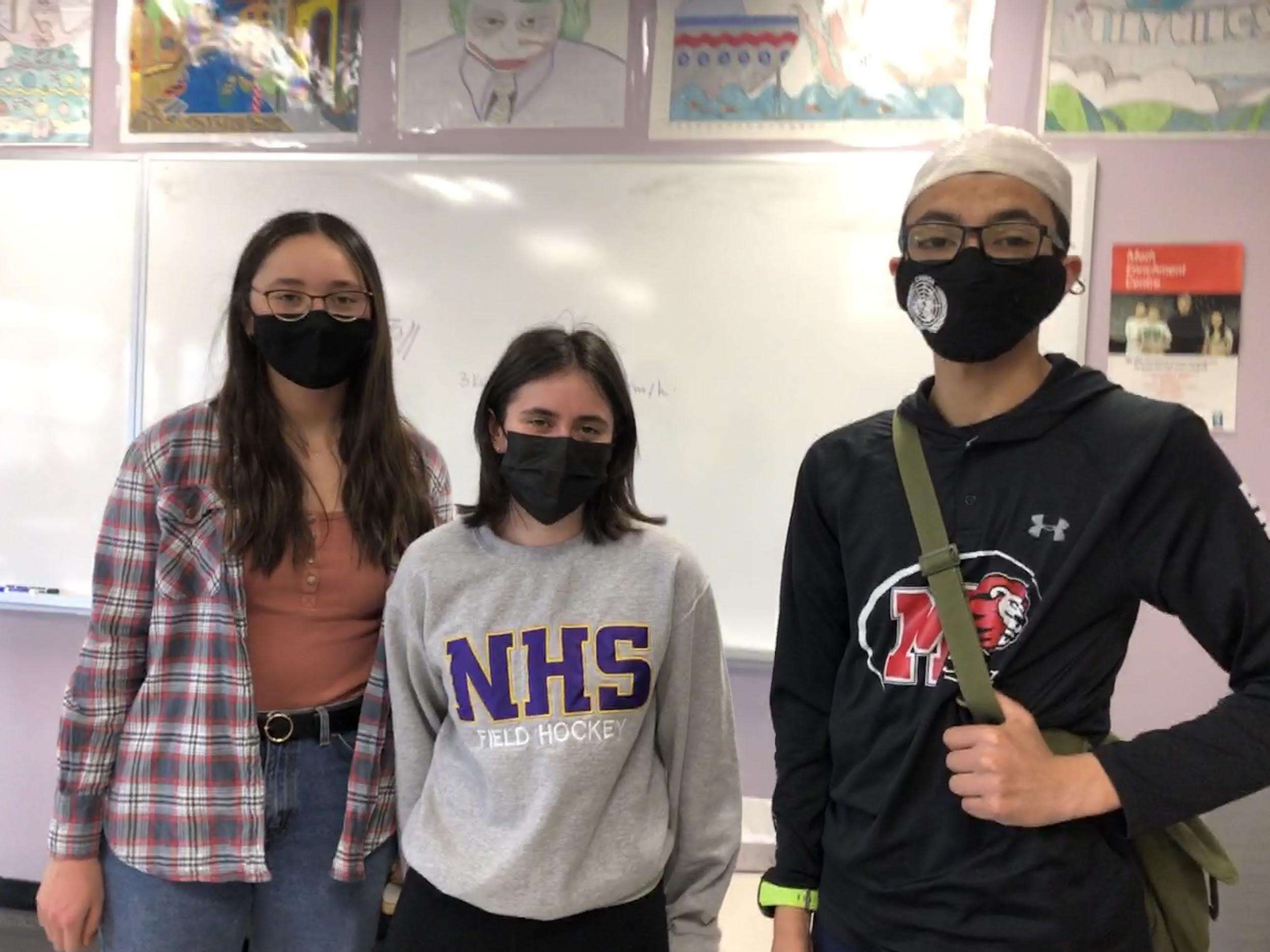 In October 2019, Younesse Krama found himself at Nepean’s annual club fair. Because he moved here from Calgary, he had a clean slate, knowing nobody from Ottawa. After being pulled to the Youth in Action by the promise of We Day, Younesse found a community within the club of like-minded people.

Fast-forward a few years, Younesse is now in Grade 12 and is one of the co-leaders of the YIA club, along with Sara Thiessen and Ellie Towaij. These are the same three people who led the organisation and execution of Nepean High School’s Mental Health Week.

Through bi-weekly meetings, YIA focuses on different initiatives to give back to our community. These can range from our community as a school, or as a city. One of their fundraisers you may be familiar with is the “Nepean Scares Hunger” food drive they ran in October to give back to the Parkdale Food Centre.

“For the past two years, it was kind of hard, considering it was the pandemic, but I am glad that Youth in Action has still been able to thrive at Nepean High School, even with all those difficulties,” said Younesse.

Last year, students across Ottawa switched between in-person and virtual learning twice. Additionally, secondary students only spent half of their time at school learning during the in-person periods, due to both the cohort and quadmester systems that were running at the time, as well as the capacity limits that were in place. This had a large negative impact on extracurriculars running at the school, which were forced to go virtual, or dissolve completely. Nonetheless, Youth in Action persevered. With mask mandates lifted in schools last Monday, we are already seeing a big stride toward normalcy.

Younesse talked about the difficulties of running the Mental Health Week initiative with COVID-19, as it ran before some of these restrictions were lifted. With the public health guidelines in mind, as well as the safety of their peers, they had their options limited. Despite these barriers, YIA delivered! For the week of February 28th to March 4th, Youth in Action had daily activities planned, ranging from individual activities, such as journaling, to activities like hosting a guest speaker (our school psychologist)!!

Behind the scenes, all the tasks of Mental Health Week were divided among the club members. Though all the events were amazing, Younesse did say that his favourite activity was the scavenger hunt organised by Brianna. With active participation from students, Younesse noted that the advertising worked!

So what is Youth in Action planning next?

“Although it was difficult in the first year I was leader, this year I was glad to see that almost thirty students were part of Youth in Action, which is an accomplishment I am very proud of.”

Youth in Action has always been a small club, but with the effort the leaders have been putting into advertising, they have started to see a greater commitment from more members. With WE Day no longer running in Canada, which used to be their main selling point, Younesse has been exploring other directions to take the club in.

The path he found? SDG Generations.

If you want to be a part of YIA’s future initiatives, check out their instagram (@nhs.yia), or join their Google Classroom! Their code is “nthpxcx”. We hope to see you soon!