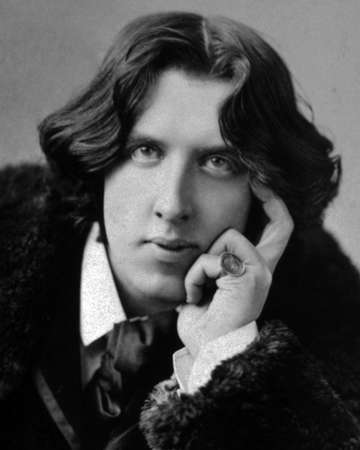 When one talks about English literature and poetry, the name Oscar Wilde doesn’t tend to come up. More often, we hear the names of William Shakespeare and Jane Austen, and while I respect and love Macbeth and Pride and Prejudice, there are some things they don’t offer that Wilde does.

Oscar Wilde was an impressive Irish playwright and poet who lived in London in the 1880’s. He is best known for his story The Picture of Dorian Gray, a novel about a portrait of a man named Dorian Gray, painted by an artist named Basil Hallward, who was enticed by Dorian’s beauty. Some of his other pieces include an essay called The Critic As Artist, which is a two part dialogue about the impacts of art criticism, as well as The Importance Of Being Earnest, a comedy that explores the life of two men who pretend to be different people in different places, in order to avoid certain social situations.

Wilde had a rather extensive range in pen, from novels to poems and everything in between. The way he wrote his essays was similar to the way he wrote his poems; they were very metaphorical and always referencing one situation or another that took place in the past. For example, he wrote about the influence of Greek mythology in modern day (1880’s) life. However, he also documented the social situation in the time through stories about aunts and cousins who insisted on dinner dates and young girls who fell in love with and married 30 year old men, who happened to be related to them. Although this is disgusting in today’s eye, in that time it was perfectly acceptable, as people had reputations and bloodlines to keep “clean”.

So why is it that Oscar Wilde is less spoken about in conversations about plays and poems, essays and novels of the 19th century? Well, one could be that Wilde died quite young, at only 46 years of age. The other reason could be because in his later years he quickly became a social exile, and a criminal, as he was gay. Despite marrying a woman at 30 years old and havig two children, Oscar Wilde was a gay man, living in a time where everything about his sexuality was not only frowned upon but illegal. In 1895, Wilde was arrested for this “gross indecency”. He was incarcerated for two years from 1895 to 1897. Due to the conditions in the prison, Wilde became unwell, so when he travelled to France after his release, he was weak. He lived the last three years of his life exiled from social circles going as far to change his name from Oscar Wilde to Sebastian Melmoth. He spent his time writing, but eventually he stopped because he didn’t enjoy it anymore saying, “I can write, but have lost the joy of writing.” Instead, he walked the streets of Paris and spent the money he had on alcohol.

In October of 1900 Wilde sent a telegram to Robert Ross, a Canadian-British journalist, art critic, and good friend to Wilde. The telegram read: Terribly Weak. Please come. By November 25th, 1900, Wilde had developed meningitis and he passed away five days later.

Wilde was buried outside the city of Paris until his remains were moved to Père Lachaise Cemetery, inside the walls of the city. The tomb has received many customizations since that day including the addition of a small compartment for Mr. Ross’ ashes, per his request, and a glass barrier added in 2011 to prevent damage caused by the visiting public.

Since his death Wilde has been commemorated in many ways, including a window at Poet's Corner in Westminster Abbey, and a place on the Rainbow Honor Walk in San Francisco, a “walk of fame” where members of the 2SLGBTQIA+ community are recognized for memorable contributions in their fields. He even received his own temple in New York City which showcased his works, though the studio later moved to London. Eventually, in 2017, Wilde was part of a group of 50,000 men, “pardoned” for homosexual acts that were no longer considered illegal.

Oscar Wilde is an icon and a person of extreme historical significance both in the realms of 19th century English literature and the 2SLGBTQIA+ community. His writing style is not easy to understand but beautiful in the language and tone he conveys his story. Even if it’s only The Picture of Dorian Gray, I encourage you to pick up a piece of his work and take a read. You won’t regret it!