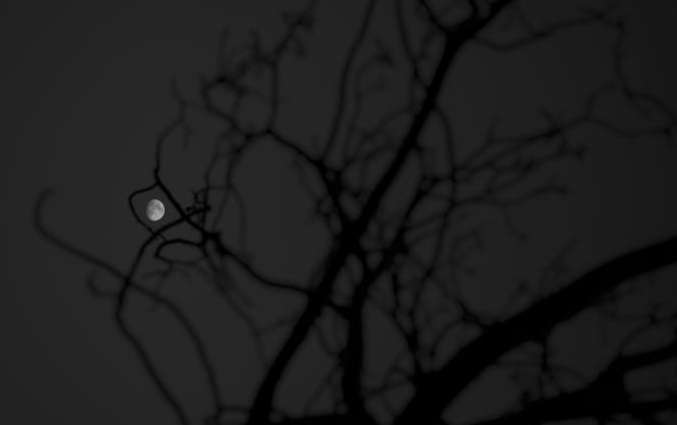 The cold breeze was the first shocking thing that night. The Equinox had come and gone, chilling the earth and blackening the sky in the early hours of the night. The emerald leaves bled yellow and red, the most sure sign that Autumn was arriving.

There was nothing wrong with that of course, many people love the season. Several adore the liminal time of the year, how the transition has a certain vibe to it no other season can match. The feeling of knowing something sits in the air, just beyond our touch.

For the inhabitants of Oak Grove, that was only the problem. That was the reason friends, neighbours, lovers, or anyone who regularly talked to each other stopped looking each other in the eye for a week. It was why no matter the circumstance, everyone made sure to be inside with their doors locked by sundown. Only someone new to town or severely drunk wouldn’t follow the set-in-stone procedures.

The young girl in the red raincoat was neither of those things, but she was the right amount of foolish that could have matched either of the options. She didn’t know how exactly she had gotten the idea into her head that she should stay out late, but when she got an idea she ran with it. The red raincoat wasn’t enough to withstand the frigidity of the evening air, but it was too late to go back for something warmer as she had already begun making her way along the cracked sidewalk.

The autumn wind pricked her cheeks like daggers, but it wasn’t strong enough to push her back.

The street lights cast an orange glow against the damp asphalt, still drying from the rain that had fallen earlier that afternoon. The girl in the red raincoat walked down the sidewalk until she reached the end of her block, then walked to the end of the next. Then the next. The streets were empty, the only sound the girl heard was the squishing of her boots against the ground and the whistling wind.

Save for the streetlights, the only light that shone was the moon, waning into a thin sickle. It almost looked like a slick smile.

The girl finally stopped her march when she realized she had wandered too far. The houses surrounding her were unfamiliar, their concrete and brick walls were smoother than the ones on her street and their roofs drooped further downwards. What they did have in common though, was their nonexistent signs of life. There was not even smoke billowing from the chimneys.

Maybe wandering out was not a good idea.

The girl then realized she was truly alone. The next thing she realized was that she wasn’t.

Autumn winds bring in the chill of the oncoming winter, but that’s not all they bring.

Riding through the black of the night, a barely visible mass advanced in a motion like birds in a murmuration. Like birds, they shriek. A wrenching screech that rips through the air like a seam, a ringing staccato that scattered wildly and pierced itself under the skin of the girl. It wailed in her ears, pressing her hands to her head was no use.

And the scream only got louder, because the mass only got closer.

The girl stood under a street lamp, perfectly in the light and targeted vision of the spirits who came thundering down to the earth.

Her legs moved forward in a quick procession as she tried to get away, her breaths coming in and out quickly.

The mass was behind her, sending more sharp howls at her back. The houses continued to get less and less familiar, blending into a collective of similar looking buildings. The girl scrambled and ducked as the wind picked up close to her head, invisible grabs from whatever monstrosity was chasing her.

Her feet hit harshly against the pavement as she sped by each house. She cried out, wailing in hopes someone will open their door to come save her. But each house stood dark and empty. The girl in the red coat dared not to stop, whatever was behind her wouldn’t.

She ran as fast as she could, she ran so fast it felt like she was flying. Just as she realized why, pairs of rough hands grabbed onto her arms and yanked her up.

She screamed, her voice lost amongst the chorus of screeching.

The next morning, the front door was found unlocked. Two parents ran out and shouted, searching for their child. The whole neighbourhood watched as they cried when their daughter wasn’t found, only shreds of a red coat.