Submission deadline for this month is...
Beasterary - the origin of modern day monsters
Karina /  Tue, 25 Oct 2022

With Halloween right around the corner, it got me thinking; where did the monster and other devious creatures we associate with the scariest season of the year come from? 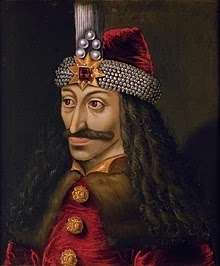 Vampires are probably one of the most abundant Halloween costumes out there, regardless of age. We have a very specific view of our favorite shapeshifting, blood-sucking (sometimes sparkling) coffin dwelling creatures, but that wasn’t always the case.

A lot of our modern interpretation comes from Bram Stoker’s novel, ‘Dracula’. Just hearing the name has most people thinking about some dark castle covered in cobwebs, deep in a forest or far in the mountains. While this is most likely where the most notable similarities start, we have to go back a little farther to the very beginning.

Stoker was thought to have gotten inspiration for his novel from Vlad Dracul, also known as Vlad the Impaler. Born in the region now known as Transylvania, Romania - this is where most think the notion of Transylvanian vampires come to be - he got his nickname because of his favorite way to dispose of his enemies; impaling them on wooden stakes.

Even further back, sometime in the middle ages, is when the vampire superstition truly thrived. During the time of the plagues it was common that the disease left bleeding near and in the mouth, which to the uneducated was a very common sign of vampirism.

Flying around on brooms and bubbling green potions sitting on blazing fires, most people have the same idea when they hear the word ‘witch’.

Early witches were those who practiced ‘witchcraft’, often thought of as calling the devil, though most were natural healers, or so called ‘wise women’.

Later, during the 14th century, hysteria ran rampant through Europe. This was when many presumed witches were convicted and confessed, under torture, to all manner of unnatural acts. This is where we get the idea of the witch hunt, villagers with pitchforks and the huge burning pyre sitting in the middle of a town.

The publication of “Malleus Maleficarum” - commonly translated to “The hammer of witches” - was written by two two well-respected German Dominicans in 1486. The book was essentially a guide on how to identify, hunt and execute witches. This book gave way to the notion of witchcraft being heresy and quickly became an authority in Protestant and Catholic society trying to flush out ‘unnaturals’. For more than 100 years, the book sold more copies of any other book in Europe except the Bible.

Probably the most well known witch trials are the ones that took place in Salem. The terror really began when two young girls started having spasms and hallucination - historians think it may have been a fungus that induced these symptoms - and turned into a case of mass hysteria. A total of 150 people were accused and 18 were put to death before the trials stopped.

Creaking doors and objects knocked off shelves, ghosts can be a curiosity, or a curse.

Ghosts are based on the ancient ideal that a person's spirit exists separately from their body, and can continue to exist after a person dies. Because of this, a big number of cultures began to instill funeral rites as a way to make sure a person's spirit didn’t come back to ‘haunt’ the living.

Places that are ‘haunted’ are often believed to be tied to the ghost in some way, be it where they died, their favorite place, or their former home. Other than ghostly apparitions that faze through walls, other signs of spectral activity are strange noises, flickering lights, musical instruments that play on their own and a cold, clammy atmosphere.

Maybe places could be considered haunted, and almost anywhere you go you can find stories about the creepy house that no one goes to because of some supernatural activity. Surprisingly New York is rich with ghost stories such as Aaron Burr, who served as vice president under Thomas Jefferson but is best known for killing Alexander Hamilton in a duel in 1804.

Werewolves are terrifying creatures, walking around in the dead of night whenever the full moon rises high in the sky, but how much of this lycanthropic legend originated in the modern time?

No one is exactly sure where the legend of lycanthropy originated, being seen in Greek and Norse mythology, as well as The Epic of Gilgamesh, the oldest known Western prose. They were less our common interpretation and more people being turned into wolves for one reason or another, instead of the controlled, full moon transformation we have become familiar with.

Most later accounts of werewolves were actually serial killers, which may have been the place where we got the idea that werewolves are creatures who harbor ill will. Giles Garnier, known as the “Werewolf of Dole,” was a sixteenth-century Frenchman whose claim to fame was also an ointment with wolf-morphing abilities, which he used on himself.

Maybe cases of werewolves throughout history are thought to have been induced by medical conditions, such as food poisoning, rabies, hallucinogens, or lycanthropy (a rare, psychological condition that causes people to believe they’re changing into a wolf or other animal).

Regardless of whether or not the myth of the werewolf is fact or fiction, many people still believe in these creatures today, with multiple reported sightings each year.

Whether you have a favorite scary story - or a particular monster - or you prefer to hide under your covers any time after the sun sets, you can be sure these creatures only live in stories! (or do they?)