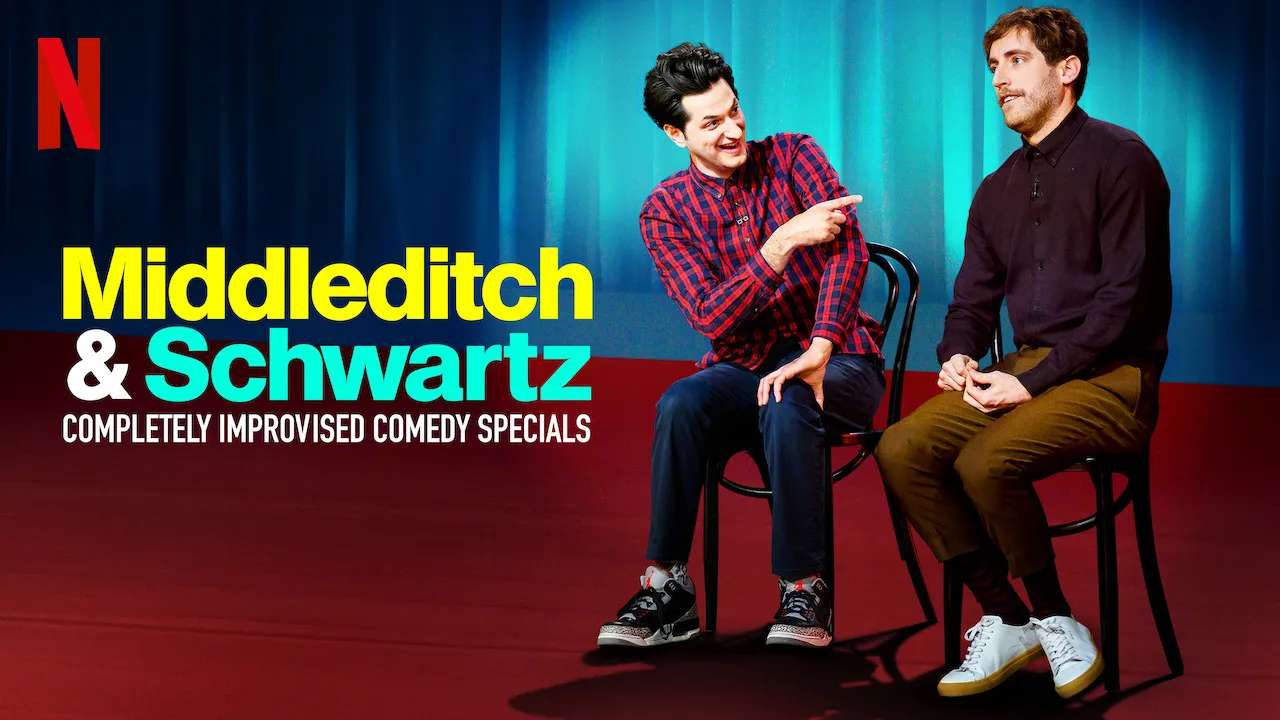 Middleditch and Schwarts is a Netflix comedy special with three episodes, each about forty-five minutes long. I’m not quite sure if that counts as a TV show, but who cares: it’s truly top-quality entertainment.

The show is performed by two outstanding comedians, Thomas Middleditch and Ben Schwartz. What makes it different from other comedy specials is that the entire show is improvised, meaning the two actors have not planned anything beforehand. Nothing is scripted, so everything they say is made up on the spot.

At the beginning of each episode, Thomas and Ben ask the audience for an important event that has recently happened or is coming up. For example, in the first episode, an audience member describes a friend’s wedding they will be attending. The comedians ask them for details about the people who will be at the wedding, and learn some of the background of this group of friends.

Once they have gathered enough information, they begin the performance. Thomas and Ben act out the story of the wedding, creating goofy characters and situations based on the audience member’s information. They each play many different characters, and sometimes mix up the names of their own characters, which they attempt to fix haphazardly. In the end, the story they tell barely makes sense, but it is hilarious every step of the way.

I would recommend this show to absolutely everyone with a Netflix account. (Actually, maybe don’t watch it with your younger siblings, they do swear a bit.) Most of the time when I watch comedies, the jokes just make me smile or exhale through my nose a bit. However, while watching Middleditch and Schwarts, I genuinely laughed out loud every few minutes. Here’s the bottom line: this show is a 10/10. You're welcome.