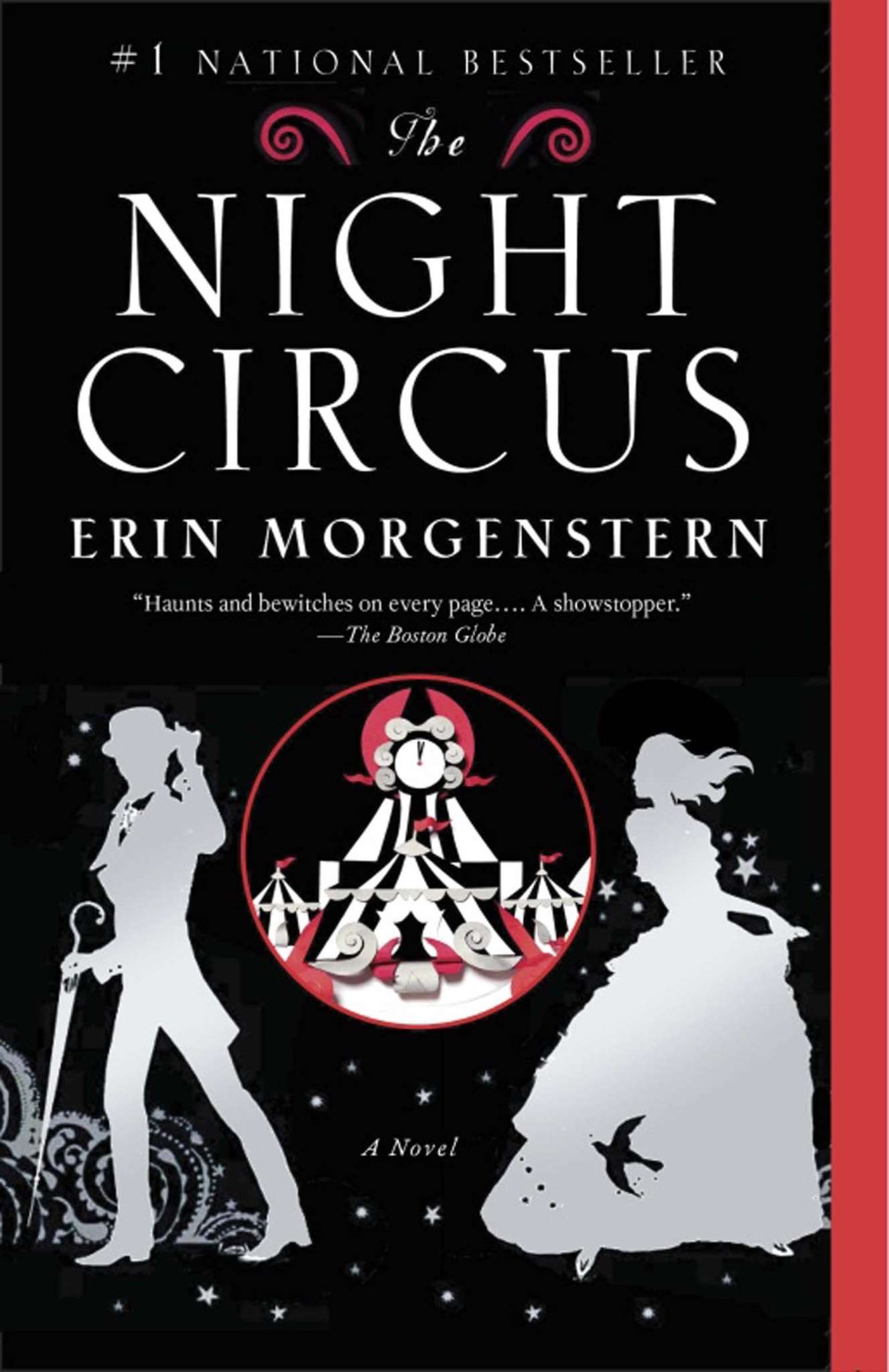 February, 2018. My friend hands me a pair of books as a birthday present. One of these books, a tricoloured novel of black, white, and red, has one of the most simplistically beautiful covers I've ever seen. The title, written in a simple, legible font, reads "The Night Circus." A vague and interesting title, I curiously flip to the back to find out more. A duel between magicians?

"No, no," one of my other friends says, smiling. "This book actually inspired Caraval."

The Night Circus is the 2015 debut novel of American artist Erin Morgenstern. For a while, it was her only published work. Morgenstern had originally written this book for the National Writing Month Challenge prompt, NaNoWriMo.

The book tells the story of a mysterious circus that only opens at night, set in a historical late Victorian Era and early 20th century. Behind the scenes of this extraordinary, black-and-white themed circus, there wages a hidden battle between two magicians, Celia and Marco. Both were trained since childhood for the task to outdo the other in a tricky and deadly game. Of course, this task is suddenly much more difficult when the two start to develop romantic feelings for each other.

The book is primarily told through three main timelines, which all intersect. The first is the more prominent timeline chronicling the growing-up and adulthood of Celia and Marco, showing their lives and the build up to the end of the competition. The second follows Bailey, a young dreamer in love with the circus, and his journey that revolves around it. The third is a more lucid, second person perspective account of a night at the circus, offering deeper insight into the exhibits and feelings of the visitors.

Something that should be of note about this book is that, in short, it has no plot. It is, at its heart, a character-driven story in which the characters run around making decisions, then must face the consequences for them later, both in a positive and negative way. I mean that in the best way; a lot of the book's charm comes from the whimsical writing style which leaves the reader wondering if the words they're reading could be some hidden hint to a future event in the story.

On that thought, it must also be stated that this isn't a passive read. In order to understand what is happening, the reader must pay attention to the character names and roles, as well as checking the stated location and time setting mentioned at the start of each chapter once or twice. It is only with this strategy that a lot of plot beats have an impact and give underlying mysteries more punch to them, as a reader being distracted asking questions about the knowledge they are given distracts them from the knowledge they are supposed to try to figure out.

Overall, I quite enjoyed the book. I read it during the Easter weekend during a lot of car trips, so it was nice to have a story to immerse myself during the time being. I will say that at first, I was kind of standoff-ish on the romance aspect of the novel, even though when I had first read it in middle school, I had absolutely loved it. However, as the story progressed, somehow Morgenstern made me feel something for the main couple at the end of the story. I don't know how she did it, maybe the true magic of the circus was how Morgenstern develops her characters. The same goes for the character of Isobel, I was kind of unsure of her in the first half of the story. In the beginning, because of how most of her interactions were with Marco, I found her annoying and almost possessive. But as the story went on and she was given more room for interacting with others, I think she became more well-rounded with selfless, understandable goals that the story worked hard to show how these impacted her interactions. I would not say she was a favourite character in the end, but I did come to respect her.

Final thoughts: If you have the time and attention span, please read it. You will enjoy it if you like magic, circuses, historical settings, sassy twins, female characters having personal goals that they work hard to achieve, *slightly* unethical theatrics, finding a home outside of the one you were born into, and a lot of black and white colour schemes.