Christmas movies bring so many people together in joy and in sorrow. They bring the Christmas spirit and celebration of a new year into our lives, and as timeless as they may be there are many to choose from. I compiled a list of 10 of my favorite Christmas movies. Without further ado, let's get into it! 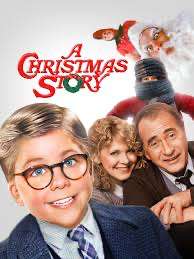 This 1983 movie starring Peter Bilinsky and Melinda Dillon describes Ralphie wanting to win a Christmas present from his father and mother and a good deal of what it was like to be young in pre-World War II Indiana showing a different time. Follow Ralphie through his adventures, humor and lightheartedness that might not fly in this day and age, but I definitely recommend for being one of the first of its kind.

This 2006 quintessential family comedy hits the ball right out of the park. Starring Matthew Broderick and Danny DeVito, two hilarious, competitive neighbors. Which family is going to have the best house and win the hearts of the town?

A true Christmas classic released in 1989 starring Chevy Chase. This is no ordinary christmas. It’s a goofy Christmas movie, written by John Hugh who also wrote Home Alone in the 80’s, with Chevy Chase who embodies the Christmas spirit. Watch as big plans for Christmas turn into a big disaster.

Starring none other than Macaulay Culkin is a timeless movie from 1990. I will never get over the witty comebacks and hilarious sequence of events. Follow Kevin’s adventures when he is accidentally left home after missing the plane with his family. Will he be able to survive alone?

This is a 2004 animated fantasy adventure film starring Tom Hanks, Nona Gaye, Peter Scolari and Eddie Deezen. The movie follows a boy skeptical of Santa hoping on the polar express headed for the North Pole only to experience the most amazing journey filled along the way. This movie has delighted all age groups with its appeal.

A beautiful animated film from 2019 that captivated so many. It all starts when Jesper, a postman, is sent to the North and befriends a certain toy maker Claus. The unlikely pair work together to make Christmas a success once more. Showing us the magic behind Christmas in such a lovely way.

This 2011 animated Christmas movie Starring James McAvoy extends the concepts of Christmas. Showing us how Christmas changed over the years with new technology and some of the values lost along the way. We see just how Santa delivers all the presents in one night! Just as Santa's son Arthur sets out on a mission to give out a present they misplaced a young girl's present less than two hours prior.

This adaptation is inspired by a book written by Charles Dickens. Although there are many adaptations I chose the animated 2009 adaptation with voice actor Jim Carrey. I found it to be a compelling movie with a spooky twist with Christmas spirit and ghosts. Ebenezer Scrooge (Jim Carrey) learns the true value of Christmas, finds joy and becomes a better person for it.

This black comedy horror film from 1984 leaves an impression all right. A gadget salesman turns to a store in Chinatown for a special gift. He was given the ‘mogwai' with a warning to not expose it to bright light, water or to feed him after midnight. Results in these miniature green monsters that tear through the small town of Kingston Falls causing mayhem. They might look cute, but they are mischievous.

Is it really a Christmas movie? Released in 1988 this movie has taken the world by storm. A high action and stunt movie with Bruce Willis who plays John McClane, a New York City / Los Angeles police detective who finds himself in a crisis yet again.