The first soccer game of the season for the Nepean Knights kicked off on September 27th, as the Nepean Knights won against the St. Paul Knights in the backfield of Nepean High School. The crowd contained seniors and juniors of Nepean High School, students from St. Paul, students from Broadview Public School and Nepean’s enthusiastic mascot, Knighty. 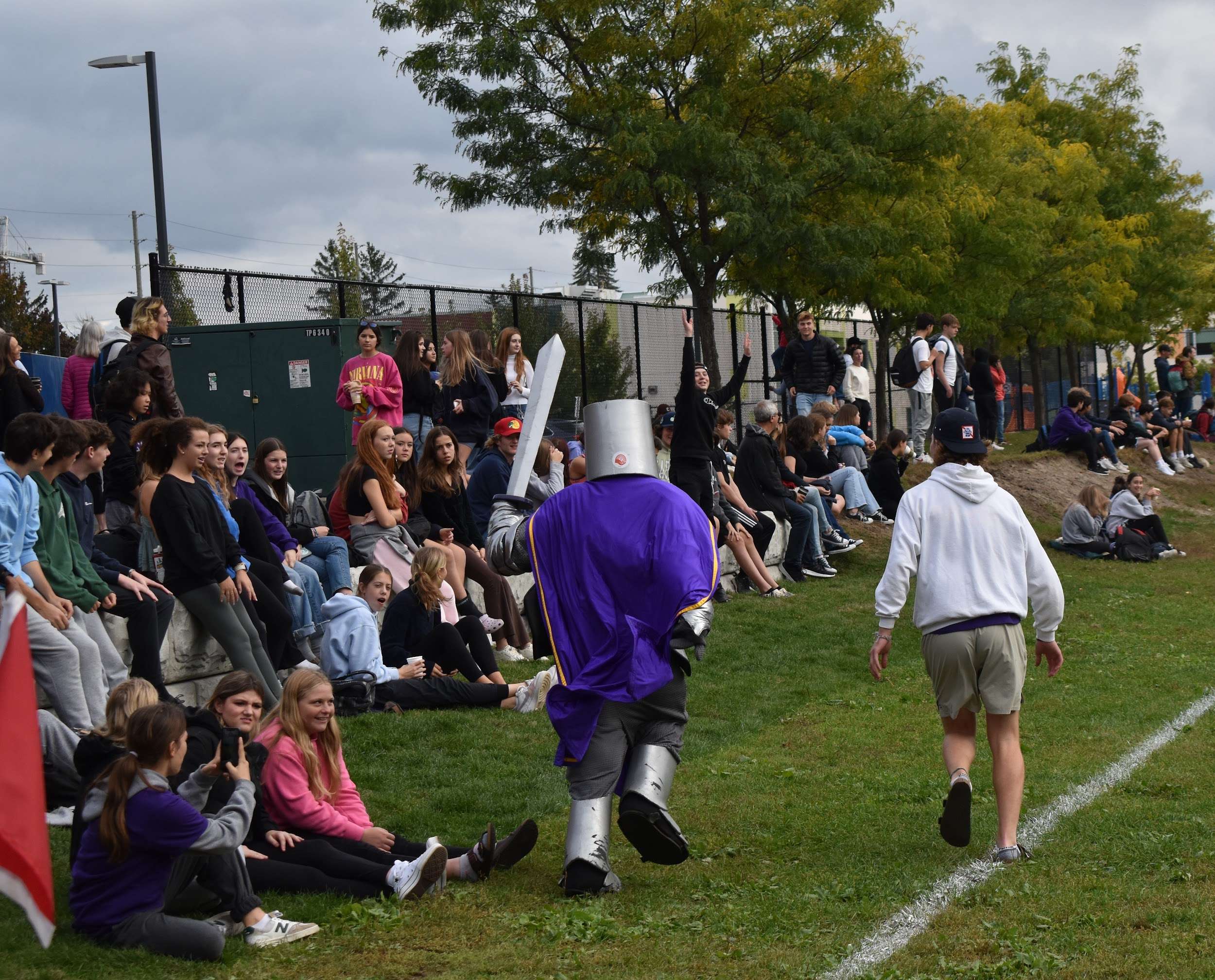 The game being the first of the season, the crowd was anxious to see what the Nepean soccer team looked like with its new members. The team rose to the crowd’s expectations as they recovered from a (0-1) loss early on in the game, eventually leading to a win with a score of (3-2), scored by Rory Cotroneo, Adam Al-Hbadi, and anonymous. The spectators at the game had a great time as they were entertained by Knighty and his solo drum jig, the wonderful performance put on by the players of both teams, and of course, they went insane for the free Nepean Class of 2023 tees thrown out into the crowd.

Along with the superb performance in the game, the bake sale that was run as a prom fundraiser did great, selling snacks like brownies for spectators watching the game.

As for the season ahead, the team’s coach had a few words for us. ‘I think this season is going to be a good one, we have good goal scorers, a solid defense, and after more practice sessions with the team, we hope to see better teamwork between the players, so that they can play as a single unit,’ says Mr. Hoogenraad. When asked what the team could’ve done better in the game and what drove them to win today, he said, ‘We could’ve controlled the center better, but as I’ve said the team has barely practiced together, so we hope to improve that later in the season, and also as to why they won today, I think it’s simply because they wanted to win, no one wants to lose a home game, no one wants to lose in front of their colleagues, and I think that’s one of the things that led them to victory today.’

All in all, the day ended on a joyous note, as after the victory of their first game of the season, the Nepean Knights hope to continue their winning streak, and hope to have a great season. Once more, thank you to the St. Paul Knights for the performance they put on, and much luck to the Nepean soccer team for a great season ahead.