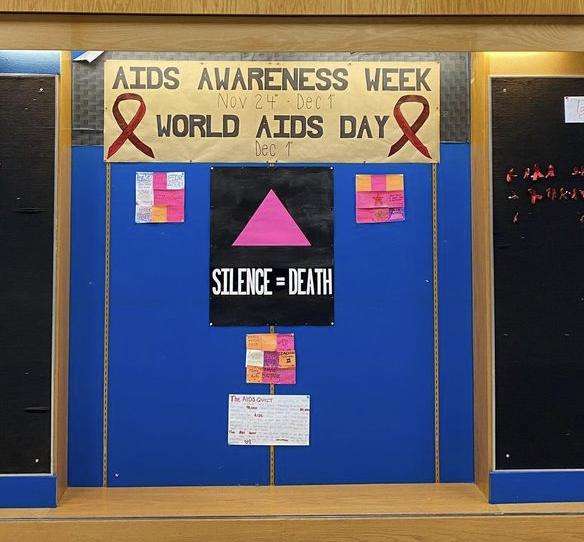 December 1st is World AIDS day. Since 1988, this day has been designated to commemorate the lives lost from HIV/AIDS, and spread awareness about the AIDS pandemic. As of 2020, the virus has killed an estimated 36.3 million people worldwide, and an estimated 37.7 million people are living with HIV today. While in large parts of the world, access to antiretroviral treatment has significantly decreased the mortality rate of the epidemic, lots of developing countries still have very high rates of infection and death because of inaccessibility to proper sexual education, resources about the virus, and lack of proper medical care.

The Human Immunodeficiency Virus infection and acquired immunodeficiency syndrome (HIV/AIDS) is a spectrum of infections caused by HIV. As it progresses, it weakens the immune system allowing an onslaught of other illnesses to weaken the infected patient, the latest stage of this is AIDS. the virus is mostly transmitted through, unprotected sex, blood transfusions, hypodermic needles, and birthing parent to child during pregnancy. This epidemic disproportionately affected the LGBTQIA+ community as it emerged in the early 1980s, because until then having protected sex (one of the most effective ways to stop transmission of the virus) was not common place. Since the virus spread through gay men for the most part, to this day they are among the highest number of infected people with HIV/AIDS.

Education surrounding HIV/AIDS is severely lacking in schools but is essential to provide a full understanding of the history of the virus and its surrounding stigma. Because of this, misinformation runs rampant and is very dangerous. This easily perpetuates homophobia because when it comes up, most of what a person will know is merely that it is a disease affecting mostly the LGBTQIA+ community.

While some people might think this is subject matter that shouldn’t be taught to young people because it largely involves queer sex, that is far from the truth. When young people are taught about issues that have been stigmatized for their entire existence, the possibility to break down preconceived notions and change the dialogue surrounding HIV/AIDS becomes possible. The Nepean High School GSA (gender and sexuality alliance) created a board with information on it (see above image) about the AIDS epidemic because December is AIDs awareness month. They made a recreation of the AIDS quilt; a massive public art piece that displays the names of people whose lives were lost to the AIDS epidemic. It serves as a physical reminder of just how horrible the losses that were and are still brought onto so many people from the HIV/AIDS epidemic.