Submission deadline for this month is...
Empress Sissi of Austria
Melina /  Mon, 19 Dec 2022 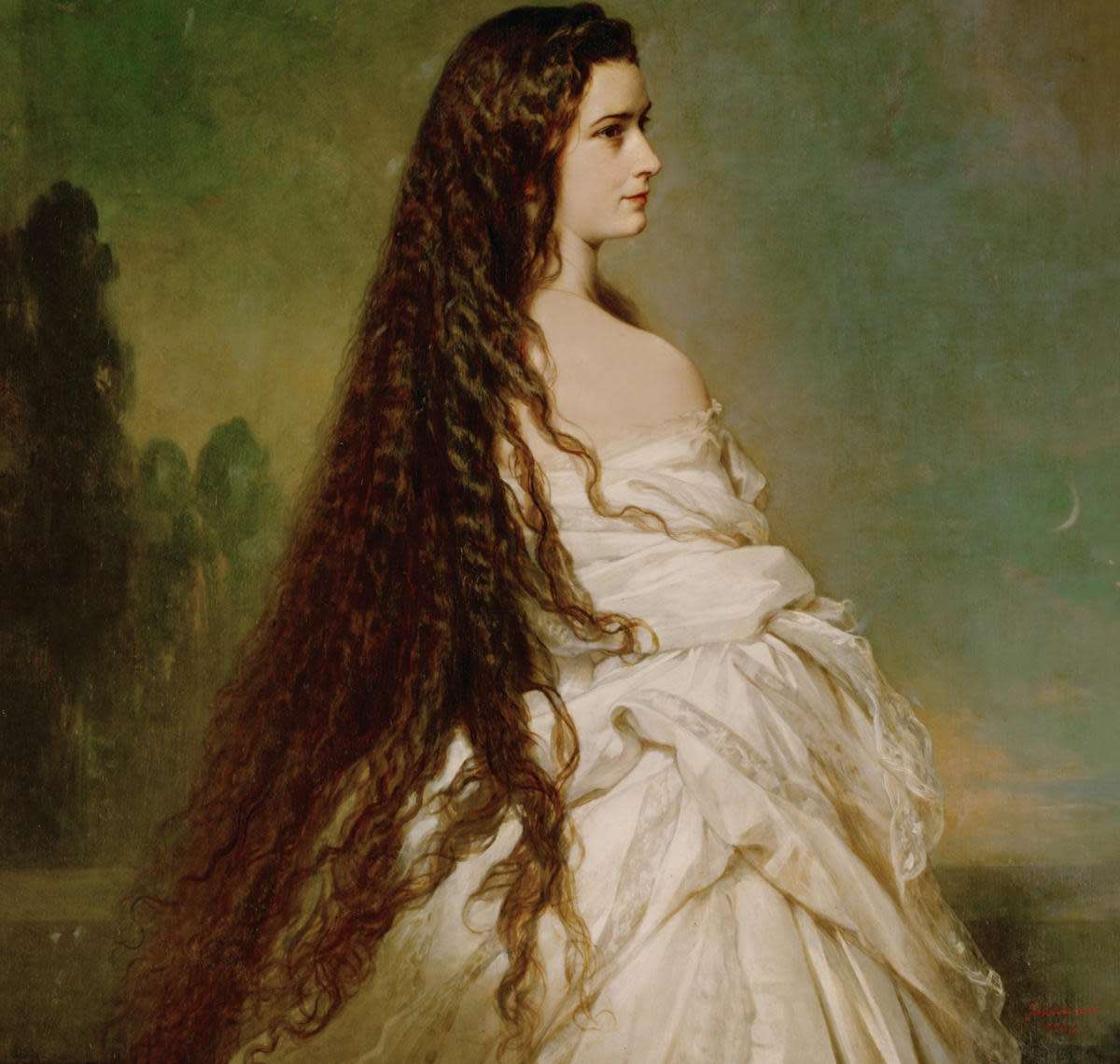 After visiting Austria this past summer, I was inspired to write about their most powerful, clever and iconic Empress, Sissi. Walking through the Hofburg Imperial palace, I was captured by her story and position in history. Every portrait showed her renowned long hair and beauty. Over the last couple of months I’ve furthered my research and spent time watching the Netflix show The Empress. It was an exceptional way to see her illustrated from a film perspective and learn more about her story.

Empress Elizabeth or “Sissi” was born into the Bavarian House of Wittelsbach in Bavaria, 1837. She was raised in the country, where she developed a strong and carefree nature. She often spoke about how lovely her childhood was. The young empress enjoyed traveling to Hungary and Greece, and was even an excellent horsewomen and sailor. Sissi was a very independent and opinionated person, which largely impacted her willingness to marry. Despite the fact that she refused to marry, she was renowned for her beautiful features and long hair reaching her ankles. This brought along many suitors, which—much to the dismay of her mother—she turned down. Although, at the ripe age of 15 she traveled to Vienna with her Sister Helene, who was meant to marry Emperor Franz Joseph of Austria. There, Emperor Joseph fell madly in love with young 16 year old Sissi, refusing Helene and forcing her into a marriage she never wanted. Over time she tried convincing herself she loved him, but she could never come back from all the tears she cried during their honeymoon. There was also a large relationship strain between the Emperor and Empress due to her homesickness.

Sissi was expected to have an heir, as all queens were. Her first daughter was named Sophie after the archduchess, which is iconic considering the rocky relationship the two women were known to have. Young Sophie passed away at the age of two, causing the empress to fall into a great depression. She wasn't able to conceive for a couple of years after that. What didn’t help is that all of her children were taken from her by law, which made times even worse.

Finally in 1858, Crown Prince Rudolph was born. Yet soon enough, Prince Rudolph was found dead from suicide in 1889 at the age of 31. His death in the Mayerling hunting lodge was caused by an argument with his father involving his teenage mistress. After being told he could no longer stay with her, he committed suicide after making a pact with Baroness Mary Vetsera.

Empress Sissi was truly a large part of Austria during her lifetime. She always made sure her opinion and strength was well known in the primarily male dominated courts. Her opinions were hardly taken into consideration and if so with much fight, but her perseverance and dedication will always be admired. She supported Austria’s autonomy and always fought to make sure the Austrian community was strong and in good health. Sissi was even instrumental in the creation of the Austrian-Hungary Empire in 1867. Though the court hated her, the people adored her for her celebrated and distinguished obsession with beauty. Her daily hair routine was of 3 hours and she was always sure to maintain her waist under 20 inches by doing insane amounts of physical activity per day. Sissi was rarely seen at dinner and if attending important events, was only seen eating small portions of food. Her one wish was to never be photographed after the age of 30 years old.

The adored Empress Sissi’s 44 years of ruling (The longest Imperial Highness of Austria) was cut short in 1898. The 60 year old was fatally stabbed by anarchist Luigi Lucheni on September 10th, 1898 in Switzerland. In his interrogation, he gave his motive as: “Because I am an anarchist, because I am poor, because I love the workers and I desire to see the death of the rich.” He hadn’t had enough money for a revolver or a dagger; so he had made do with the file, which was sharpened on three sides. Luigi was proud of his deed, calling himself a “benefactor of humanity”. Some had loved and cherished the Queen, yet others sent the assassin fan mail, claiming, “This woman was a criminal by her mere birth. She never worked! She never wanted to work! She always wanted to rule. She is a disgrace.”

The verdict on Lucheni was announced on 10 November: he was sentenced to life in prison. He hung on for 12 years, but on 19 October 1910 used a belt to hang himself in his cell. To this day it is not entirely clear whether the Italian really acted alone, or was supported by other people, or even by an anarchist network.

Sissi was remarkable, she accomplished so much as a woman in her times. Her impact on society and the court was admirable, and her lifestyle was truly one to remember.