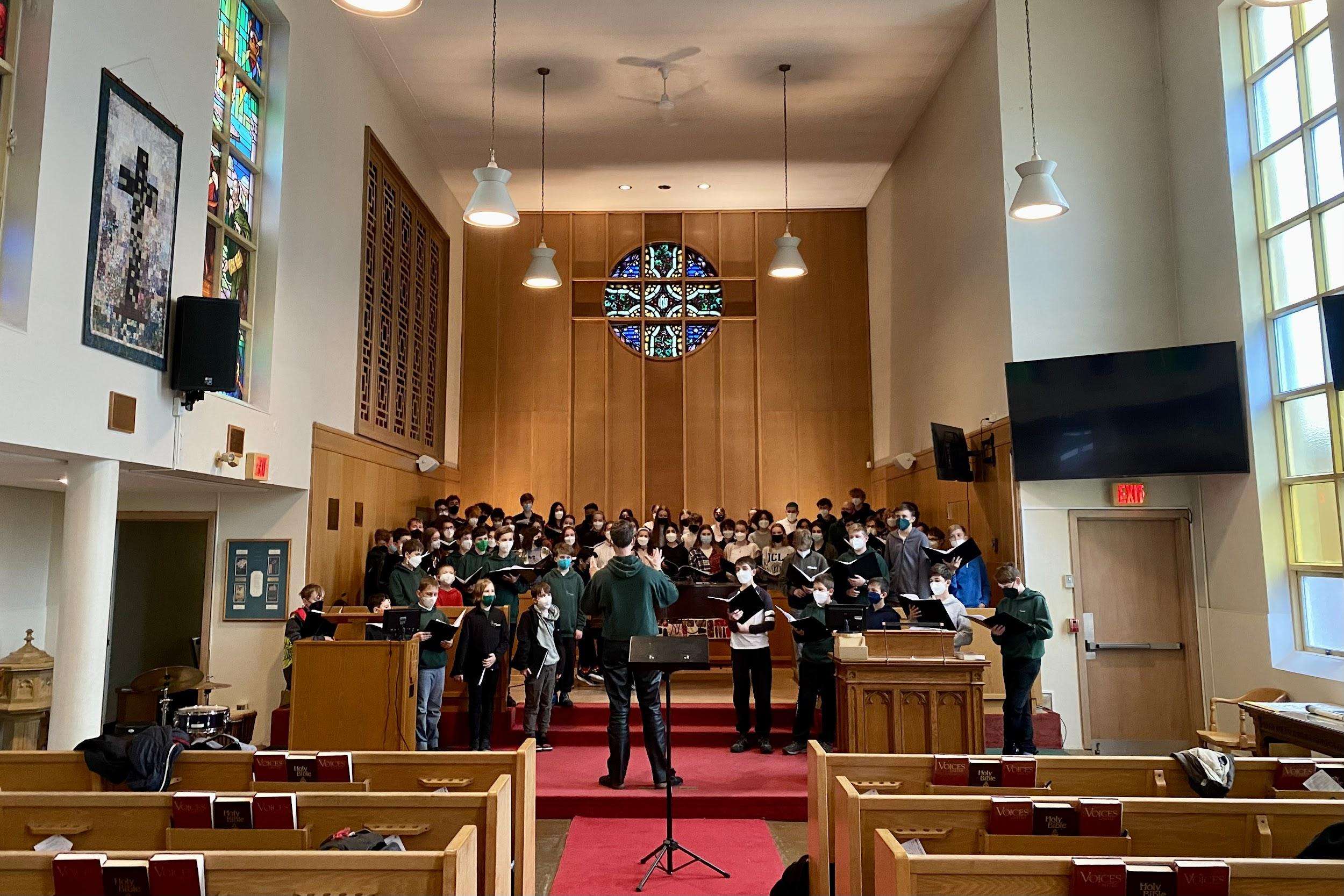 Nepean’s music programs are making a tremendous effort to lead the way in our return to regular life, with students and teachers alike paving the way for incoming grades. On June 2nd, Nepean’s music department will be giving performances for grade seven and eight students at Broadview and Fisher Park Summit Alternative School (FPSA). The primary goal of the event is to reintroduce students to the importance of music in schools, and inspire them to take part in their own school music programs.

Earlier this week, I was given the opportunity to sit down and discuss this event with Mr. Carter, the vocal teacher and director of Nepean’s choir. He outlined that the day would begin with the NHS school choir, Junior concert band, and Jazz combo giving performances for Broadview’s visiting grade 7 and 8s in the morning, with a second performance to follow for the students at Fisher Park Summit Alternative in the afternoon. The goal of the visit is primarily to provide younger grades with an opportunity to ask questions, talk to Nepean students, and hopefully, learn about the numerous benefits of our school’s music department. As stated by Mr. Carter, “We want to be able to make a connection with the students. We haven’t been able to connect with them yet, we want to let them know what [our music program] is like: what the experience looks like, feels like, sounds like.”

This event is an essential step in our music program’s return to normalcy after years of restrictions inhibiting their ability to perform. Although countless school programs have been affected by COVID-19 in the past couple years, bands and choirs across Ottawa have been particularly impacted by the restrictions. For example, health and safety concerns in past years have caused significant reductions in music classes on an elementary level, preventing younger students from being able to develop an early interest in music. As a result, music programs and extracurriculars have struggled, with fewer students showing interest. Nevertheless, Nepean’s multitude of music programs have remained committed, and are helping to encourage younger students as we return to our regular routines.

The dedication of Nepean’s music students shone throughout COVID, as many remained committed to maintaining their skills despite the ever shifting guidelines. Mr. Carter recalled his experience in teaching vocals online, stating that it was, “Especially difficult; if people go into vocals class to sing in a choir, singing alone and doing recordings is not what people go into music for.” However, this hiatus from in-person rehearsals and performance is finally coming to an end as we slowly ease back into our regular school routines. Students and teachers alike within Nepean’s music program are eagerly awaiting the return of regular life. A member of Nepean’s choir and Jazz band summarized it this way; “The pandemic has only made these first few live performances more exciting; because of COVID, we missed out on almost two years of ensembles and performances, and I think we’re all feeling the impact that’s had. But what’s important is that we are getting back on track.”

This isn’t the only excitement planned for the future of music at NHS: there are many upcoming events where students can enjoy the talents of Nepean’s choir and Jazz band. For example, on June 8th, shortly after their visit to FPSA, Nepean’s choir will be performing one of the first music nights since December 2019: a large end-of-year performance, showcasing the talents of NHS’s bands and choirs. Additionally, the Jazz band will be giving a performance at the upcoming Jazz festival, as well as at graduation towards the end of June. More information on these events can be found in the vocals hall for those interested in attending.

With the hope that the upcoming events will inspire more involvement from younger grades, Nepean’s music programs are excitedly awaiting the coming years, where a drastic surge in performances, involvement and community can be expected.

[N.B. Both Mr. Carter and the choir wish to extend a special thanks to Mr. Johnson, who provided endless support for Nepean’s music programs by enacting health and safety protocols and supporting program initiatives, to ensure that students were as safe as possible.]